As reported in the Fermanagh Herald this week, Prime Minister David Cameron recently wrote a personal opinion piece for the Telegraph (the English daily paper) setting out his strongly pro-fracking views.  As he writes, “Fracking has become a national debate in Britain – and it’s one that I’m determined to win.”

So determined, it seems, that he is wrong on every important point he tries to make: 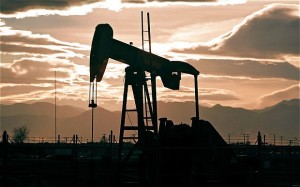 energy bills – Experts have shown that shale gas would not be a ‘game-changer’ in terms of UK energy prices and would not lead to lower household or business bills. What is more, a recent report suggests that in the US gas has actually been sold at below cost price in order to fuel speculation.

jobs – These would be few, low-skilled and short-term, far outweighed by the jobs and livelihoods likely to be lost in sectors such as agriculture and tourism.

benefits to local neighbourhoods – The £100,000 bribes he refers to would be a pittance compared to the costs of repairing and upgrading roads, of policing and security, and of necessary healthcare etc. This is even before any accidents or the costs of cleanup and decontamination. The tax breaks announced for shale gas industry suggest that little or no taxable profits would exist to create any revenue stream for communities.

safety – The ‘international evidence’ he claims to refer to is wildly skewed by the lack of monitoring, baseline studies and regulation and by the fact that victims of fracking contamination are forced to sign gagging clauses and so cannot go public about their experiences. In fact there is considerable and growing evidence from scientists and medics of a range of ill effects on human and animal health as a result of fracking operations.

regulation – Current regulations are not sufficient, as they have not kept up with this new and largely experimental technology. The coalition government has made no secret of its wish to remove the protections given to workers, residents and the environment in many areas, and we can have no confidence that things will be any better with regard to the shale gas industry,  given the close links between government and the fossil fuel industry, recently highlighted by the World Development Movement.

no damage to countryside (!) – It is not the size of individual pads that matters but the number, density and the fact that they will be linked by new roads, pipelines, processing facilities etc. Is Mr Cameron seriously suggesting that this would have no effect on the landscape? The conventional drilling that he tries to reassure us by referring to is not comparable in either its impact or its side-effects.

technological endeavour – Yes, we do have a tradition of innovation and engineering genius (across the whole UK, not just in Britain as he states) so we should use this in positive and sustainable ways to create high quality jobs and entrepreneurships, export opportunities and a secure future for our children, rather than following the mistakes made across the Atlantic.

This speech appears to be a damage limitation exercise following the embarrassing comments made by Lord Howell (George Osborne’s father in law) which revealed the extent to which the industry and Conservative Party hope to play one part of the country, and one community, off against another. As such, it contains nothing new. What it does show, however, is an arrogant disregard for the weight of evidence about the failures of fracking to live up to its promises and the disappointment and disillusion of communities that were taken in by the industry’s promises.

Something else that Mr Cameron is contemptuously ignoring is the fact, embarrassing for the local and national politicians supporting fracking, that so many of the people who spoke out about this issue at the time of the G8 were ordinary local residents who are concerned for their families, their neighbours and the county which they love. Of course, if Mr Cameron had expressed his gung-ho pro-fracking sentiments at the G8 itself, he would have had to acknowledge that not all its members are happy blindly to follow the US. In fact many countries, such as France, have very serious concerns about this experimental process and are not willing to use their people as guinea-pigs for the benefit of big business.

If you don’t want to be un cobaye either, please tell your local representatives that Mr Cameron doesn’t speak for you.  Find some ideas at our What can I do? page.