It has been reported by news outlet NPR that former Pennsylvania State Health employees were instructed to ignore enquiries from the public in relation to the negative health effects related to unconventional shale gas development. 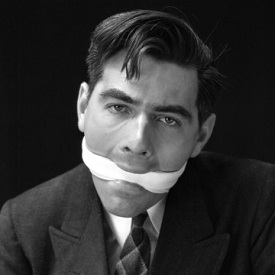 Staff were instructed, that in the event of a member of the public calling in regards to a shale gas related ailment, the enquiry was to be forwarded to a supervisor who would handle the case from there on in. However, many members of the public would phone bad, annoyed that they had received no follow up.

There is also evidence to suggest that the problem occurs in other states outside of Pennsylvania.

Two retirees from the Pennsylvania Department of Health say its employees were silenced on the issue of Marcellus Shale drilling.

One veteran employee says she was instructed not to return phone calls from residents who expressed health concerns about natural gas development.

“We were absolutely not allowed to talk to them,” said Tammi Stuck, who worked as a community health nurse in Fayette County for nearly 36 years.

Deasy, a former program specialist with the Bureau of Epidemiology, said the department also began requiring field staff to get permission to attend any meetings outside the department. This happened, he said, after an agency consultant made comments about drilling at a community meeting.

In the more than 20 years he worked for the department, Deasy said, “community health wasn’t told to be silent on any other topic that I can think of.”

Companies have drilled more than 6,000 wells into Pennsylvania’s Marcellus Shale over the last six years, making it the fastest-growing state for natural gas production in America.

Amid the record-breaking development, public health advocates have expressed concern that Pennsylvania has not funded research to examine the potential health impacts of the shale boom.

Doctors have said that some people who live near natural gas development sites – including well pads and compressor stations – have suffered from skin rashes, nausea, nosebleeds and other ailments.

To read the investigative report in full, click here.