FFAN [Fermanagh Fracking Awareness Network] is a cross-community network of individual Fermanagh residents. We are not affiliated to any political party or other organisation but work with a broad range of groups and individuals who are concerned about the risks associated with unconventional oil and gas extraction using high volume hydraulic fracking [HVHF].

FFAN strongly believe that you should not do things that have the potential to be very dangerous on a large scale and thus caution MUST be practiced. The Precautionary Principle: when an activity raises the threat of serious or irreversible harm to humans or the environment, then precautionary measures should be taken, even if not all the science of cause and effect have been fully established. These measures can include the decision not to allow certain activities to commence if the risks are deemed too high. Professor Oswald of Cornell University [USA] has described HVHF as ‘an uncontrolled health experiment on an enormous scale’. However the Public Health research is now beginning to come through from areas undergoing HVHF and these findings are very worrying. 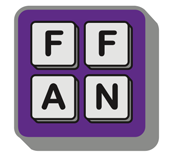 The proposed development of shale gas extraction in Fermanagh would involve the technique of ‘fracking’. Fracking is more correctly termed High Volume Hydraulic Fracking [HVHF] and has only recently become available to the oil & gas industry, and widespread there only since 2005. HVHF is very different from the traditional fracking which has been used by the industry for the last sixty years to extract conventional oil and gas. The scale and intensity of the new HVHF operations combined with the vastly increased amounts of water required has led some states in the USA and other Countries to, quite appropriately, consider this a new and unproven industry. The volumes of water per frack are usually 80 to 100 times more than used in a traditional frack. As such, this new industry, with its new risks is only recently been studied as to its impacts on human health. Unfortunately many aspects of research is hampered by disclosure orders against both the public involved and the Physicians who attempt to treat and study these patients. Several academic institutions in the USA have been discouraged from carrying out independent research into fracking. Even more alarming, several institutions including the University of Texas have had to withdraw misleading health research after the discovery of researchers’ links to the HVHF industry that had not been disclosed at the time of publication.

The Chief Medical Officer of Health [CMOH] for New Brunswick, Canada commissioned and published a very concerning report in 2012 into Shale Gas Development and its impact on Public Health. This report & its recommendations is available at the website www.gnb.ca Her report raises specific concerns regarding the negative impacts on Public Health relating to the ‘Boomtown effect’. These include increased levels alcohol abuse, illegal drug use and sexually transmitted diseases. These negative factors cause significant burden to local services and communities, where most people experience the down side of HVHF with only a few benefiting from HVHF. Also present is risks to air quality, noise, vibration, continuous illumination and physical hazards due to extensive heavy truck use. Some areas of the USA have seen their MVC [motor vehicle collision] rate increase by 50% since HVHF has arrived. These excess MVCs & fatalities are mostly due to the continuous presence of huge HVHF trucks on country roads, and also an increase incidence of ‘drink driving’.

Reports and studies now emerging include leading articles in the renowned Lancet & British Medical Journal last year. Most of the information below is drawn from the three sources mentioned above plus the CHPNY compendium [2nd Edition released Dec 2014]. CHPNY stands for ‘Concerned Health Professionals of New York State’ and is made up mostly, but not exclusively, of Doctors, Nurses & Medical Academics. Their website is www.concernedhealthny.org This very important compendium is updated every six months and is ‘open access’ to all, both researchers & public.

Below I have summarised a fraction of points from the 100 page CHPNY compendium which covers 16 major topics relating to HVHF. I have also put in some salient comments from New York State report. What has come out of the research in North America is that regulations are simply not capable of preventing harm. This is because some of frackings’ many component parts, which include the subterranean geological landscape itself, are simply not controllable. Add to this scenario human error and also ‘cutting corners’ to save time & money and this boom & bust industry is not safe to be regulated even by our Government agencies.

Infant mortality rose six times above the normal background rate over three years since the advent of HVHF at Uintah, Utah.

Dangerous levels of benzene in air around fracking sites; Health Official states ‘The concerns of the Public are validated’.

The Colorado School of Public Health [2012] showed an increased risk of ill health, both cancer & non-cancer, of people living near frack pads.

Parts of Utah, previously with pristine air quality, now has levels of smog and pollution that rival downtown Los Angeles.

Albany University study shows eight highly toxic chemicals in air samples collected near fracking sites across five states. Most common were benzene & formaldehyde; 29 out of 76 samples far exceeded federal health & safety standards. Lead researcher stated ‘Cancer has a long latency, so you’re not seeing an elevation in cancer in these communities [yet]. But in five, 10, 15 years from now, elevation in cancer is almost certain to happen’.

What is pumped into the wells at extreme high pressure is called the frack water or ‘frack fluid’. Even if this ‘frac fluid’ contains no added chemicals [a very unlikely scenario] what comes back up in the HVHF ‘flow back’ water poses serious health problems to humans. On average, 50% of the frack fluid returns as flowback water. Thus: thousands of millions of gallons of contaminated water will be present on the surface in the HVHF areas. This flowback will contain varying amounts of benzene [causes leukaemia, cancer and spina bifida], mercury [brain and kidney damage], arsenic [cancers], ethyl benzenes [respiratory disease, fatigue & headaches], toluene [birth defects & central nervous system damage] and volatile organic compounds [disrupts our endocrine system causing, lung, gut and reproductive disease]. There is no proven system in place to store or treat such vast quantities of toxic liquid and its risk to local residents’ health is obvious. No definitive plan or answer to this flowback water problem has yet been given by the HVHF industry to our Government.

HVHF wells have significant leakage/ integrity problems in both the short & long term. Percentage of leaking wells varies from 3-6% [in first two years], up to 50-75% over the lifetime of a well. The earthquakes triggered by fracking damage both the well casing and cement, further increasing well failure rates.

Cornell University study showed that fracking fluid and the flow back water interfere with the ability of soil to bond to and sequester pollutants such as heavy metals. Thus fracking fluids may release from soils an additional repository of contaminants that could migrate into ground water.

Many confirmed cases of drinking water contamination from fracking in Pennsylvania, Ohio, West Virginia & Texas, thus casting doubt on Industry view that this rarely or never happens. A Pennsylvania Court found a gas corporation guilty of contaminating a home owner’s drinking water, methane levels were 1,300 to 2,000 times higher than the baseline.

U.S. Geological Survey [USGS] study of groundwater pollution at HVHF site in North Dakota found that an area of 12 square miles was the result of a well casing failure. Another USGS report into fracking states ‘the knowledge of how extraction affects water resources has not kept pace with the technology’.

Oil & Gas operators generally opt for out of court settlements that include ‘non-disclosure’ agreements [gagging clauses]. This strategy keeps data from regulators, policymakers, the media and health researchers and makes it difficult to challenge the claim that fracking has never tainted anyones water.

Investigative Journalists uncover at least 161 cases of water contamination from fracking between 2008-2012 in Pennsylvania.

Stanford University researchers document that fracking in shallow layers of bedrock, including those that serve as drinking water aquifers, is not uncommon. This is because the HVHF industry is exempt from the Safe drinking Water Act.

West Virginia EPA confirmed that three private drinking water wells were contaminated by a fracking company when it mistakenly drilled into its own well, resulting in benzene being detected in the drinking water at four times the legal maximum limit.

Cuadrilla [UK HVHF company] knew about problems with their well bore integrity but did not report this to the regulators. They also failed to carry out seismic surveys, as recommended, prior to their fracking. That frack triggered two earthquakes and damaged their well casing, increasing the risk of cement failure and thus leakage.

University of Missouri team tested chemicals used in one frack area. Of the 24 fracking chemicals tested, all 24 interfered with one or more hormone receptors in humans. There is no safe level of exposure to hormone disrupting chemicals.

Methane is at least 2,300% [& up to 3,300%] more potent as greenhouse gas than carbon dioxide. Methane leakage seriously worsens climate change. The Medical community now has very strong evidence that climate change has a serious negative impact on public health, and this impact will only worsen in the future if we don’t act. Methane leakage rate is averaging at least 8% from HVHF wells, up from 6% five years ago. Even at a 2 or 3% leakage rate methane is still more damaging for climate change over a 20 or 100 year time span than carbon dioxide.

The 2014 Public Health England [PHE] review stated that ‘the health risks [of HVHF] are low’. FFAN has compiled a detailed response to this PHE review [at our website] pointing out many serious shortcomings in the methodology used. UK government ministers are already trying to use the PHE draft review to over-rule legitimate public health concerns yet have only accepted one of the reports ten recommendations.

Professor Watterson [Professor of Public Health in Scotland] stated in relation to the PHE review: ‘There are major questions about how a government committed to a deregulatory and reduced regulatory agenda, along with chopping budgets – and the resulting major job losses in agencies that have oversight of environmental pollution – will be capable of guaranteeing that fracking companies operate safely. Also extraordinary is the [minister’s] unsubstantiated statement that the UK has the most robust regulatory regime for fracking. In other countries the exact chemicals used in fracking have been covered by commercial confidentiality and are not disclosed fully. So how can their risks be fully assessed and cleared for UK use?

HVHF is not the panacea it was hailed as five years ago. Human health is precious, dependent on clean air, clean water and stable communities. Health is very costly to fix once broken. Our true wealth is our health. Our true assets are our clean environment and healthy children. Our future health and economic stability should not be jeopardised by short term gain for a few. The economic cost to the NHS to manage the fallout of HVHF ill health in the Northern Ireland population may far outstrip HVHFs limited economic benefit.

Dr Zucker, Acting Commissioner for Health, presented the New York State Public Health Review on HVHF in Dec 2014. At that presentation he stated “I asked myself ‘would I let my family live in a community with fracking?’ The answer is no. I therefore cannot recommend anyone else’s family to live in such a community either”. Let us also have the courage to state clearly & loudly that the people of Fermanagh and neighbouring Counties insist that we too, live in a community free from the threat of fracking.