The plan for Fermanagh: up to 60 multi well pads with up to 24 wells per pad. Each pad would be 6.5 acres in size and located approximately 1 mile apart. 40,000 acres of development, and may extend up to three times this size. 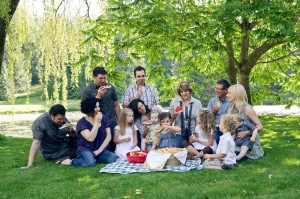 Experience from around the world has shown that fracking brings with it a very real risk of contamination of soil, water and air borne contamination. The full extent of future potential health problems caused by contamination from fracked wells is still unknown.

A 2012 study from America’s Cornell University, ‘Impacts of Gas Drilling on Human and Animal Health’, described fracking as “an uncontrolled health experiment on an enormous scale”. Many diseases caused by contamination have a lag time of up to twenty years before people become ill. By then it is too late, you cannot reverse the effects of contamination on peoples health.

Even if the company manages to do ‘chemical free’ fracking, the flow back fluid which comes back up will be contaminated by oil and gas derivatives and heavy metals washes out from fractured rock. This means that millions of gallons of toxic fluid will come back up each well. This flow back fluid will contain varying amounts of the following chemicals with the associated health risks: 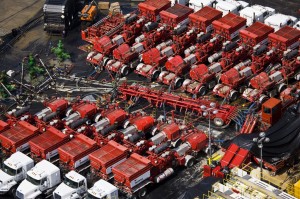 Recent medical reports and research into fracking state:
– 25% of the chemicals used could cause cancer and mutations, 37% could upset the endocrine system, 40-50% could affect the nervous, immune and cardiovascular systems, and 90% could affect the skin, eyes and respiratory system. [Chartered Institute of Environmental Health, 2012]
– Silicosis lung damage from the airborne silica dust used in frack sand. [Esswein,2012]
– Increased risk of ill health, cancer and non-cancer, in people living near frack pads. [Air pollution control division, Colorado Department of public health, 2008]
– Irreversible lung damage caused by ground level ozone. This is produced when fugitive methane gases combine with diesel fumes of fracking machinery. (In Fermanagh, this ‘smog’ along with other air pollution from fracking will be blown over the rest of the county by thE prevailing westerly wind.) [The Endocrine Disruption Index, 2012]
– Sudden death, slow death, reproductive problems and nerve diseases have been shown in twenty four different fracking incidents involving hundreds of farm animals over six states in USA; mostly related to exposure from flowback fluid. Some of these animals are believed to have ended up in the human food chain. [Bamburger and Oswald, 2012] 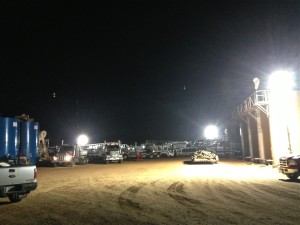 Noise pollution from both lorries on the road and heavy site machinery will be a major problem in a rural county like Fermanagh, where frack pads are likely to be close to houses. The noise together with lights on around frack sites all night, will be a hinderance to sleep and can impact on both physical and mental health and well-being.