Oil and Gas company, Lone Pine Resources is currently aiming to sue the Canadian Government for CDN$250million, in response to a moratorium placed on unconventional shale gas extraction (USGE) in the provence of Quebec.

Lone Pine Resources had obtained permits relating to oil and gas extraction in different areas, including underneath the length of St. Lawrence River, an area that Lone Pine have calculated to contain between 1,870 – 3,346 billion cubic feet of thermogenic gas. Lone Pine state that the moratorium is an infringement of their right to conduct USGE under the river. 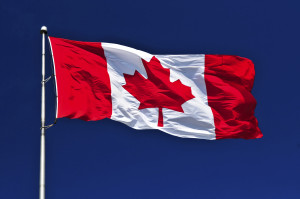 Due to public pressure and scientific studies linking USGE to pollution of air, soils and water, the Quebec Government introduced Bill 18 into the Quebec National Assembly, which revoked all permits related to oil and gas under the St. Lawrence River.

The Bill received Royal Assent and a further document, Bill 37 placed a moratorium on the USGE project in June 2011, which was then expanded to autumn 2012. The moratorium banned drilling under the St. Lawrence river until an environmental evaluation of the potential effects of USGE on the environment were in place. 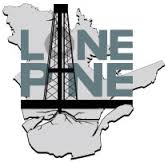 Lone Pine Resources responded on 6th September 2013, with a CDN$250 million notice of arbitration under chapter eleven of the North American Free Trade Agreement (NAFTA). Lone Pine Resources also state that the Government of Quebec have violated their obligations under Article 1110 of NAFTA which provides Lone Pine Resources the right to mine for oil and gas under the St. Lawrence River.

Lone Pine claim that not only were they not consulted on the moratorium or revocation of permits, but neither were they compensated for any money invested into the unconventional shale gas extraction project itself.

Continuing in paragraph (11) of the lawsuit, Lone Pine state that:

“[we] submit[s] this arbitration on bahalf of the Enterprise under Article 1117 of the NAFTA, for the arbitrary, capricious, and illegal revocation of the Enterprise’s valuable right to mine for oil and gas under the St. Lawrence River by the Government of Quebec without due process, without compensation, and with no cognizable public purpose. The Government of Canada is responsible for Quebec’s acts under the NAFTA and applicable principles of international law.”

Furthermore, in paragragh (53):
“Lone Pine Resources hold the Canadian Government to its obligations in under Article 1105 of the NAFTA which obliges Canada “accord to investments of investors of another Party treatment in accordance with international law, including fair and equitable treatment and full protection and security.”

“This egregious lawsuit — which Lone Pine Resources must drop — highlights just how vulnerable public interest policies are as a result of trade and investment pacts,” said Ilana Solomon, Sierra Club Responsible Trade Program Director. “Governments should learn from this and other similar cases and stop writing investment rules that empower corporations to attack environmental laws and policies.”
***