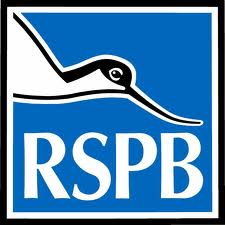 The RSPB, the largest conservation charity in Europe, has joined with other concerned organisations to warn the Northern Ireland Executive of the dangers of fracking.  They say:

‘Conservation charity the RSPB and two other leading environmental organisations are warning the Northern Ireland Executive not to push ahead with ‘fracking’ (a controversial method to extract gas) until sufficient evidence shows that it is safe to do so.

In County Fermanagh, the idyllic surroundings for the G8 summit, a licence has already been issued to explore for shale gas, but it is still unclear what the economic, social and environmental impact will be.

The RSPB, Friends of the Earth (FOE) and the Chartered Institute for Environmental Health (CIEH) are deeply concerned about the environmental and health risks posed by ‘fracking’. The group believe more research is needed to understand the extent and impact of fracking on this beautiful habitat. John Martin, RSPB, stated that “Shale gas exploration and extraction should only be allowed within a strict regulatory and policy framework that is fit for purpose, and in Northern Ireland this does not exist.” In addition, Mr Martin continued “we believe that an independent Environmental Impact Assessment (EIA) should be required for all developments here. This has not been the case for other UK sites and problems have followed.”

Co Fermanagh is known for its excellent agricultural produce and wonderful natural heritage which attracts valuable spend from tourists travelling here from around the world. Much of the local economy has been built around this and as yet it is not known what impact fracking will have on these rich natural assets. Declan Alison, FOE stated “2050 is the cut-off date given by Tamboran, the company issued with the licence for exploration. No provision is given by the company on what will happen next but as temporary exploitation, shale gas is not an answer to economic uncertainty in the long term.”

A 2007 study commissioned on behalf of nine leading NGOs and the Northern Ireland Environment Agency found that economic activities relating to the environment contributed over half a billion to our local economy and the equivalent of over 32,000 jobs. “It would be foolish to threaten this already existing green economy in such uncertain times”, concluded Mr Alison.

The controversial method involves geological risks and can be responsible for triggering earthquakes as happened in Lancashire. Fermanagh has a unique geology which is rich in caves (map in annex): the group believe the seismic risk associated with fracking must be fully assessed as this could introduce unnecessary risks.

“Shale gas will also endanger NI’s ability to deliver on its climate change commitments within the UK Climate Act3 and move towards a green economy added Gary McFarlane of CIEH and Chair of Stop Climate Chaos NI. “Northern Ireland has some of the best features nature has to offer- wind, wave and tidal. These invaluable assets should be the future of the NI green economy and developing renewable energy could create thousands of new jobs”.

France, Bulgaria and South Africa have suspended the search for shale gas until research uncovers the potential long-term impacts on human health and the environment.’

Read the full statement with diagrams here, and see the accompanying map of the licence area, its water catchment and important nature conservation areas here.

The RSPB (Royal Society for the Protection of Birds) has spoken out forcefully against the use of fracking and extraction of shale gas in our current situation.  The highly respected and authoritative charity has pointed to the dangers of groundwater pollution, methane leakage, habitat loss, worsened climate change and loss of biodiversity as some of the major reasons why this would not be a positive step forward for either our native birds or ourselves.

If you agree with the RSPB, please take a few moments to let your elected representatives know how you feel.  Click here to find out how easy it is.

The full briefing is as follows:

The RSPB is very concerned that unconventional gas developments are currently not regulated strongly enough to ensure that the potential environmental impacts are properly addressed.  The most significant risks that have not been adequately examined to date are that of accidental pollution of groundwater and methane leakage.  It is imperative that these risks are assessed and appropriately mitigated.  This will amost certainly require Government to amend or produce legislation.

Direct habitat loss is also a very significant concern in priority habitat areas, including designated and functionally-related sites.  It is important to note that both the individual footprint and cumulative impact of these sites could be significant, leading to habitat loss and fragmentation.

Furthermore, the RSPB does not think that developing the UK’s unconventional gas resources is compatible with its commitments on climate change and biodiversity protection.  If the UK is to meet its climate change commitments, we cannot allow a new ‘dash for gas’ that would lock us into high emissions for decades to come.  Until CCS technology to capture and bury carbon dioxide emissions is proven, further investment in gas-fired electricity is very risky.  Therefore, the Government must clearly show how new investment in gas at the level currently proposed is compatible with our short and long-term carbon targets.