Previously, we had reported upon the landmark 2014 fracking lawsuit in Texas, whereby the Parr family were awarded $3 million damages against Aruba Energy, for environmental pollution of the air, water and soils from Unconventional Gas Exploration and Extraction activities (UGEE) that proved to have detrimental impacts on the quality of the family’s health. 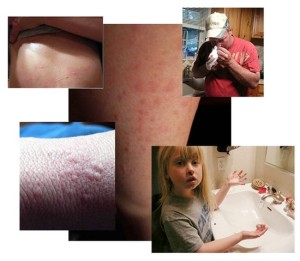 Since then, Aruba Energy appealed the decision. The appeal was rejected on June 19th 2014 by Judge Mark Greenberg, thereby upholding the law in favour of the Parr family.

In the original lawsuit filed, the Parr family had complained of nuisance problems that were caused by unconventional shale gas extraction operations including but not limited to: open sores around he eyes, nose and rest of body, permanent scarring, chronic nose bleeds, migranes, drowsiness, irregular heart beat, depression, ataxia, abdominal pains, arrhythmia, and anisocoria.